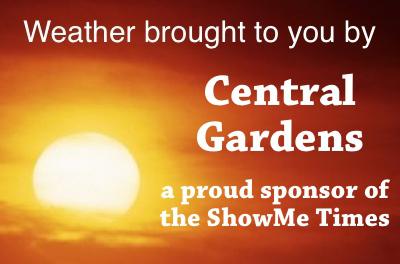 Weather brought to you by Central Gardens, a proud sponsor of the ShowMe Times.

Sunny with temperatures rising into the low 90s.  It’s going to be hot!  Winds light and variable.

Tuesday’s Forecast: More of the same with a high of 91F and scattered thunderstorms may develop in the afternoon.  Chance of rain 40%.