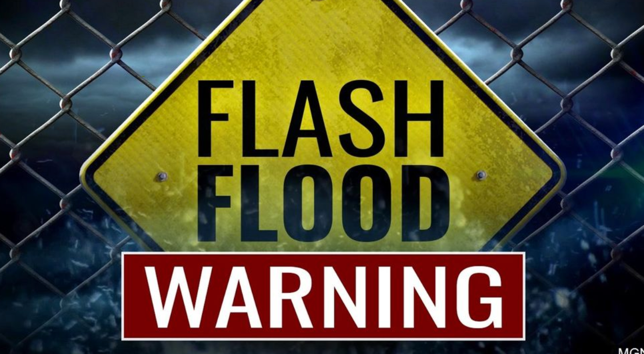 Stoddard County, MO - The National Weather Service has issued a Flash Flood Warning for Stoddard County.  The Puxico area has been hit pretty hard with up to 3 inches of rain.

At 1128 AM CDT, emergency management reported flash flooding in Puxico. Between 1.5 and 3 inches of rain have fallen. The expected rainfall rate is 0.5 to 1 inch in 1 hour. Additional rainfall amounts of 0.5 to 1 inch are possible in the warned area.

IMPACT...Flash flooding of small creeks and streams, urban areas, highways, streets and underpasses as well as other poor drainage and low-lying areas.

Some locations that will experience flash flooding include... Puxico, Fisk and Dudley.