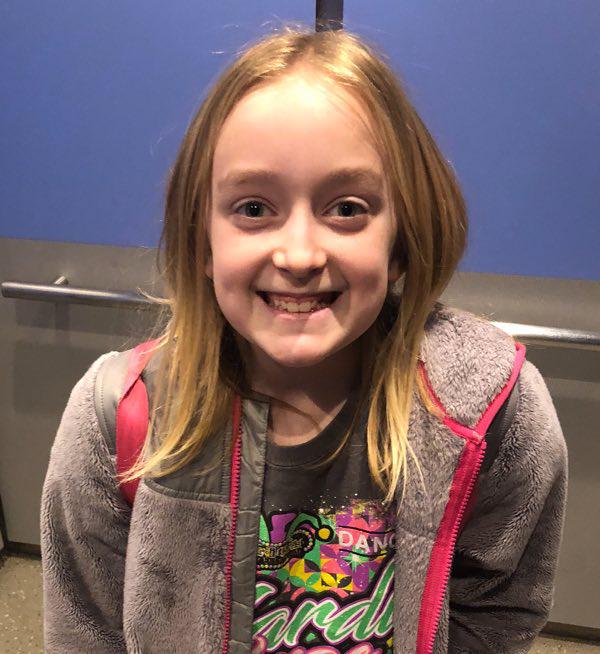 Elizabeth Bolin, age 11, was diagnosed with Type 1 Diabetes on December 20, 2017.
Since being diagnosed, Liz has made it a goal of hers to raise awareness for diabetes.  She is not ashamed of her disease and wants others to become educated on what Type 1 Diabetes is and how to live with it.
After Liz was diagnosed she asked her parents to research ways to help raise money for diabetes.  Her parents learned about the Juvenile Diabetes Research Foundation or JDRF.  It is the leading global organization funding Type 1 Diabetes (T1D) research.
Another thing JDRF does is it hosts local walks where those affected by diabetes can form a team to raise money and then walk at the event.  There are multiple walks all over the U.S. throughout the year.
Elizabeth, along with her cousin, Zach, have formed a team called Cousins for a Cure.  Zach was diagnosed two months before Elizabeth in October 2017.  They walk in their first JDRF walk this Saturday, April 28, in Springfield, MO.
To raise money for her walk, Elizabeth came up with the idea to turn her hobby of making slime into a way of making money. She made an IG account called type_wonder_ful_slime and immediately got to work selling slime!
She has raised over $475 for her team just from selling slime!  The love and support LIz has been shown through all of this has been remarkable!
Her team has also raised over $500 in other donations, so Elizabeth and Zach hope to bring $1000 with them to their JDRF walk on Saturday.
Liz is a 5th grade student at Central Elementary and daughter of Chris and Jennifer Bolin.  She enjoys volleyball, cheer, and jumping on her trampoline.  Elizabeth plans to continue raising money for diabetes awareness for many years to come or until she can say she “USED” to have diabetes and there is a cure!
https://showmetimes.com/Blogpost/vab8/Local-Student-Sells-Slime-for-a-Cure

More from ShowMe Times:
Previous 5Get Next 5
Subscribe to "Features"