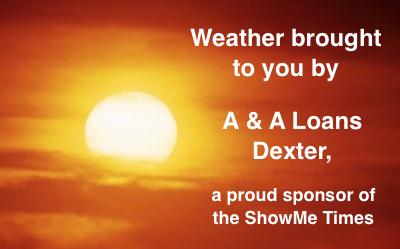 Weather brought to you by A & A Loans, a proud sponsor of the ShowMe Times.

Sunny with temperatures rising towards the low 80s.  This afternoon abundant sunshine with a high of 83F.  Winds light and variable.

Did you know that Marijuana is a Missouri Weed?