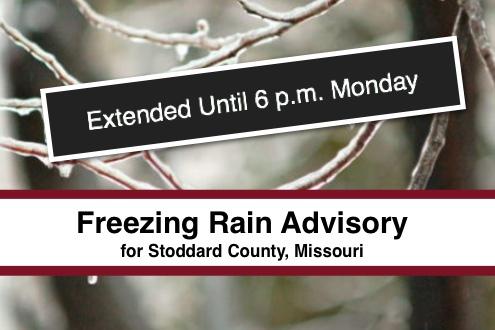 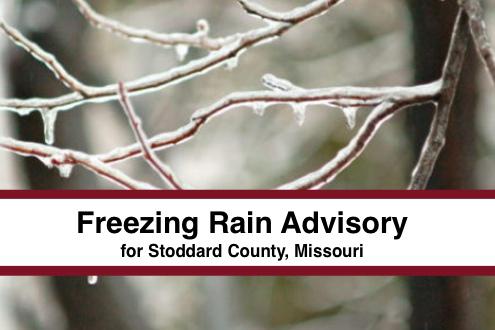 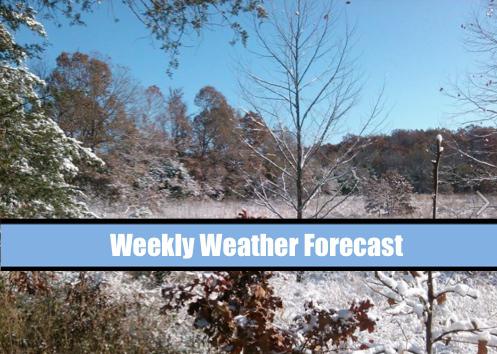 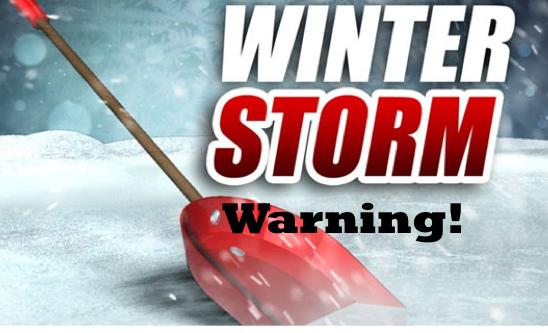 .. WINTER WEATHER ADVISORY REMAINS IN EFFECT FROM 6 PM THIS EVENING TO 6 AM CST MONDAY...

A WINTER WEATHER ADVISORY FOR SNOW AND SLEET REMAINS IN EFFECT FROM 6 PM THIS EVENING TO 6 AM CST MONDAY.

* TIMING... WINTRY PRECIPITATION WILL BECOME LIKELY BY THIS EVENING ACROSS PORTIONS OF SOUTHEAST MISSOURI... SOUTHERN ILLINOIS AND SOUTHWEST INDIANA. ANY RAIN AT ONSET LATE TODAY SHOULD TRANSITION TO SLEET THEN SNOW THROUGH THE EARLY EVENING HOURS. FARTHER SOUTH INTO WEST KENTUCKY... MORE IN THE WAY OF RAIN AND POSSIBLY SLEET IS EXPECTED TO START LATE TODAY INTO THE EARLY EVENING... FOLLOWED BY A TRANSITION TO SLEET AND THEN SNOW THIS EVENING AND OVERNIGHT

* ACCUMULATIONS... SNOWFALL AMOUNTS... INCLUDING SOME SLEET... FROM 1 TO 3 INCHES IS EXPECTED FROM THE EVANSVILLE TRI STATE REGION... WEST ACROSS SOUTHERN ILLINOIS INTO PORTIONS OF SOUTHEAST MISSOURI. FROM THE LAND BETWEEN THE LAKES AREA EAST INTO THE PENNYRILE REGION OF WEST KENTUCKY... AMOUNTS MAY BE A BIT LOWER. THERE MAY ALSO BE A BRIEF PERIOD OF FREEZING RAIN IN THIS AREA.

A WINTER WEATHER ADVISORY MEANS THAT PERIODS OF SNOW... SLEET... OR FREEZING RAIN WILL CAUSE TRAVEL DIFFICULTIES. BE PREPARED FOR SLIPPERY ROADS AND LIMITED VISIBILITY... AND USE CAUTION WHILE DRIVING. 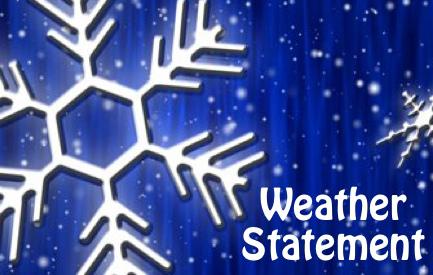 Stoddard County, Missouri - The National Weather Service in Paducah, Kentucky has issued a WEATHER STATEMENT for Stoddard County and parts of southeast Missouri.

A STORM SYSTEM IS EXPECTED TO DEVELOP OVER THE NORTHERN GULF OF MEXICO LATER THIS WEEKEND... AND MOVE NORTHEAST INTO SOUTHERN ALABAMA SUNDAY EVENING. THE SYSTEM SHOULD THROW MOISTURE NORTHWARD INTO QUITE COLD AIR THAT WILL BE IN PLACE OVER THE LOWER OHIO VALLEY SUNDAY NIGHT. THIS MAY RESULT IN SOME SNOW ACCUMULATIONS OVER MUCH OF THE QUAD STATE REGION. IT IS TOO EARLY AT THIS TIME TO SPECULATE ON SPECIFIC AMOUNTS OR DETAILS. HOWEVER... THERE DOES SEEM SOME POTENTIAL FOR TRAVEL IMPACTS AS WE NEAR THE MORNING RUSH MONDAY MORNING. 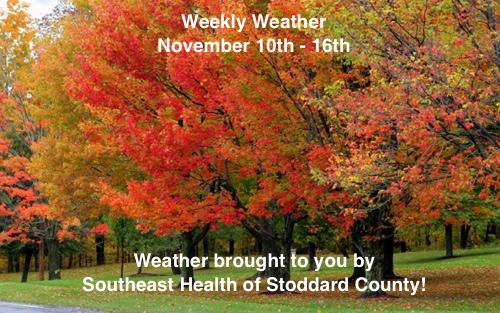 Wednesday – November 12th – Cold front moves in!  Mainly sunny skies with a high around 45F.  Wednesday evening a few clouds from time to time with a low 28F.  Sunset 4:54 p.m.