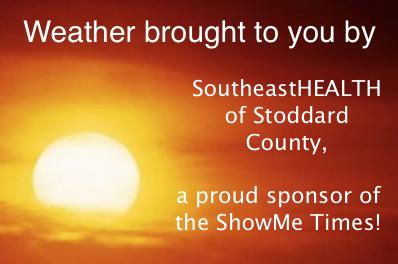 Weather sponsored by SoutheastHEALTH of Stoddard County, a proud contributor of the ShowMe Times.

Mostly cloudy in the morning with some drizzle of rain.  Temperatures will rise to nearly 72F with cloudy skies followed by partial clearing.  Winds NNE at 5 to 10 mph.  Chance of rain 20%.

A perfect night to come out to the Stoddard County Fair!