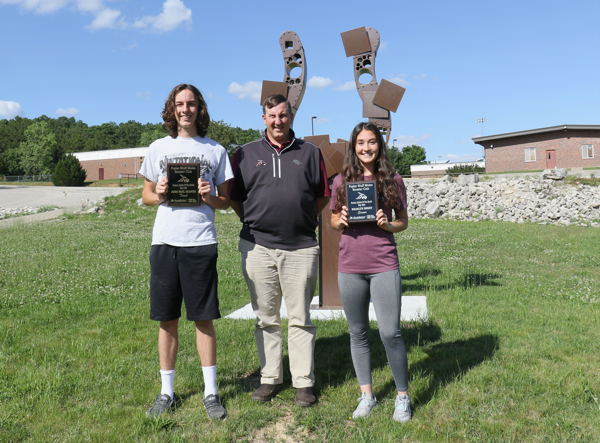 The Mules Booster Club has named Madalyn Berry and John-Paul Godwin of Poplar Bluff High School the May Athletes of the Month, presented by Academy Sports + Outdoors.

Madalyn, a soccer player of the Class of 2022, ended her senior season with 19 goals and four assists. Additionally, she had four multiple-goal games plus two hat tricks with three goals in a single matchup.

“She is a very hard-working player on the field,” said Rusty Crafton, Madalyn’s coach. “She has never complained on the field. She just does her job each day, [whether that is during] practices or games.”

John-Paul is a “great leader” with a “hard work ethic and great drive to make himself better,” said Jeff Mannon, his coach. He “acknowledges everyone with a smile and positive attitude.” 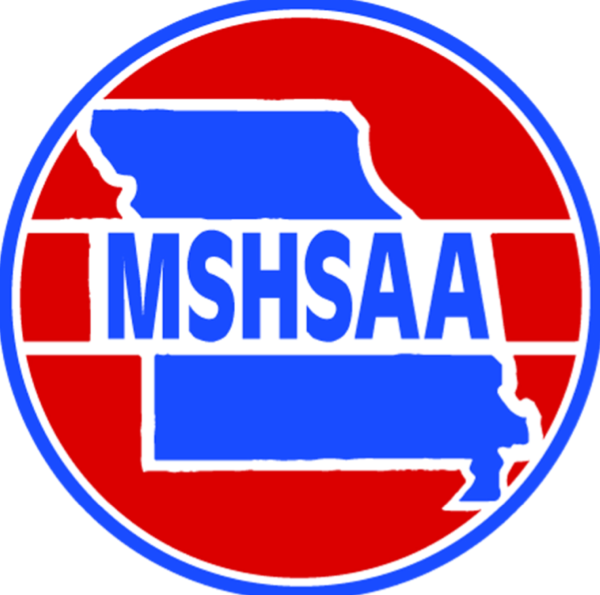 At its regularly scheduled meeting, the Missouri State High School Activities Association (MSHSAA) Board of Directors discussed a number of proposals submitted by entities hoping to host championships in the sports of Basketball, Cross Country, Volleyball, Wrestling and activity of Music.

The Board approved the proposal submitted by Columbia and the University of Missouri for hosting the Music Festival on the MU campus until the 2028-29 school year.

The Board also approved the use of Mizzou Arena for the Boys Wrestling Championships until the 2028-29 school year.

The Cross Country Championship will also stay in Columbia with the Gans Creek Recreational Facility serving as the venue through the 2028-29 school year.

The board authorized the MSHSAA staff to continue discussions with the Hy-Vee Arena in Kansas City for acceptable terms in hosting the Girls Wrestling Championships.

The board accepted the hosting proposal from Cape Girardeau for hosting the Volleyball Championships for the years 2023-24 and 2024-25 at the Show Me Center on the Southeast Missouri State University campus.

The board tabled consideration of the hosting proposals for the Volleyball Championships for 2025-26, 2026-27 and 2027-28 to allow staff members to conduct of facility visit with the St. Joseph Civic Arena.

After considering two proposals from Springfield and Columbia to host the Show-Me Showdown, the board chose the proposal from Columbia.  Beginning with the 2023-24 school year, the Show-Me Showdown will be held on the MU campus in Mizzou Arena and Hearnes Center. 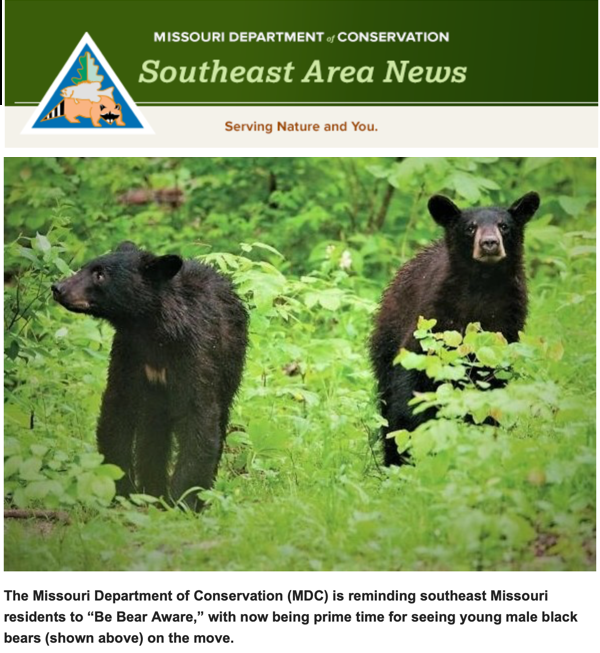 MDC’s ongoing bear research indicates Missouri is home to around 800 black bears, and that population is growing by 8% each year.

The Missouri Department of Conservation (MDC) is reminding southeast Missouri residents to “Be Bear Aware,” with now being prime time for seeing young male black bears on the move.

MDC Southeast Regional Administrator Matt Bowyer said only one species can be found in this state — the American black bear — though multiple color phases can be found in Missouri other than black, such that a bear’s fur can be brown, red, or cinnamon in color.

“Young bears begin to wander seeking food and new areas to settle,” said Bowyer. “This time of year we are likely to see a bear, or two, as young males naturally wander in search of a new place to call home.”

Bear population is expanding, both in total numbers and range, he said, which might explain the uptick in sightings in recent years. MDC’s ongoing bear research indicates the Show-Me-State is currently home to around 800 black bears, and that population is growing by 8% each year.

“These creatures are part of our state’s natural history, and many people enjoy the thought of seeing one of these impressive animals,” said Bowyer. “But with an expanding population of bears, however, comes an increased potential of human-bear interactions.”

And, he noted, while generally not aggressive, black bears are driven to find food, and they can become accustomed to obtaining food from humans.

MDC suggests the following tips to avoid issues if a bear has been sighted in the area:

Store garbage, recyclables, and compost inside a secure building or in a bear-proof container or location.

Regularly clean and disinfect trash containers to minimize smells that could attract bears.

Keep grills and smokers clean and store them inside.

Don’t leave pet food outside. Feed pets a portion at each meal and remove the empty containers.

Refrain from using bird feeders in bear country from April through November. If in use, hang them at least 10 feet high and 4 feet away from any structure. Keep in mind that even if a bear cannot get to the birdseed, the scent could still attract it to the area.

Use electric fencing to keep bears away from beehives, chicken coops, vegetable gardens, orchards, and other potential food sources.

For more on black bears in Missouri, go to mdc.mo.gov/bearaware. Report bear sightings and submit photos online at mdc.mo.gov/reportbears.

In addition to directly educating Missourians on how to Be Bear Aware about black bears in the state, MDC is also affiliated with the BearWise® program. BearWise is a multi-state education effort developed by black bear biologists and supported by state wildlife agencies, such as MDC, that provides sound information and smart solutions that help people, neighborhoods, and communities prevent problems with black bears and keep bears wild. BearWise shares ways to prevent conflicts, provides resources to resolve problems, and encourages community initiatives to keep bears wild. Learn more at BearWise.org. 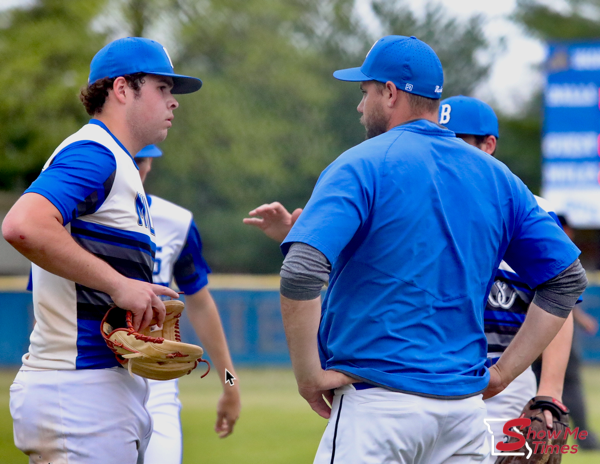 Co-Players of the Year:  Jed Garner from Advance, Kaeden Kennedy from Dexter, John Nimmo from Bernie 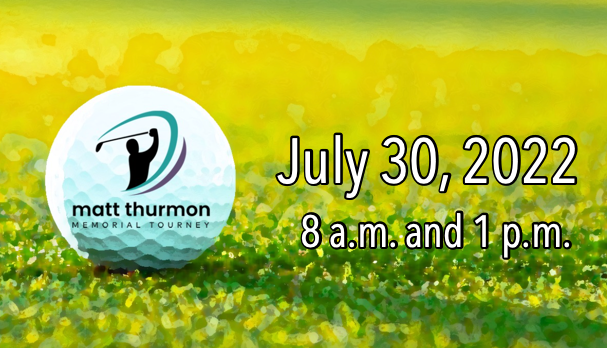 The four-person scramble golf tournament will be held in Dexter annually to raise funds to assist the Dexter Bearcat Booster Club in providing support to the schools’ student activity programs.  Thurmon was known to embody the tenets of the Booster Club, which encourages school spirit, citizenship, and physical growth through keen competition.

To enter the golf tournament, or to be a sponsor of the event, contract Jerry Dorton at jdorton@onemidwest.com, call 573-624-3571, or sign up at Hidden Trails Country Club.  A registration form is also available online by clicking HERE.

Donations or gifts will be accepted to sponsor golf holes, golf carts and prizes for the players.  Interested sponsors are welcome to call the above listed phone number for additional information.

Cash prizes will be awarded to the top three teams in each flight.  Hole prizes will also be given for closest to the pin, longest putt, and longest drive.

More from ShowMe Times:
Get Next 5
Subscribe to "Sports"